Josh Bachove is the founder and president of Pocket 7 Films, a full-service film and tv production company focused on guiding independent projects from development all the way through distribution.

Bachove most recently wrapped production on Season One of the new Showtime TV Series The Curse, starring Emma Stone, Nathan Fielder, and Benny Safdie. He also produced the recent Netflix feature film Do Revenge, starring Camila Mendes and Maya Hawke. Additional feature films include the adaptation The Sky is Everywhere for A24 and Apple TV+, as well as internationally acclaimed Minari, which was nominated for six Academy Awards, won the 2021 Golden Globe for Best Foreign Language Film, and won the Grand Jury and Audience Awards at Sundance 2020.

Bachove takes great pride in the fact that every film he has produced has been acquired and distributed by some of the largest studios in the industry, including Lionsgate, Apple, Universal, Sony, Netflix, MTV/Viacom, and A24. 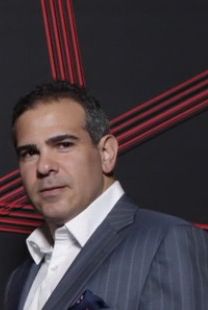